3 Disadvantages of Technology in Education

Last week on the blog, Headmaster Leach posted about the advantages of technology use in the modern classroom. He considered the way in which it allows students to directly engage with art and music of another time, the ease of communication it encouraged between students, parents, and teachers, and the expansive range of research it made available at just the click of a mouse. In today’s post, he considers the looming setbacks of a heavy reliance on technology in education. 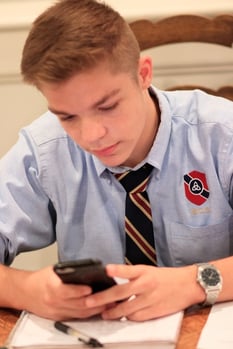 Anyone with a smartphone will likely admit that just having the device is distracting. According to a 2015 study, “On average, people in the United States across all age groups check their phones 46 times per day.” Having these devices in the classroom creates an almost irresistible temptation.

With tablets or laptops, the temptation to click through to something unrelated to the classroom is real. Even with content filters, the teacher will struggle to maintain the attention of the student when devices are ubiquitous in the classroom.

This is a concern that most people have probably felt, but not recognized. As mentioned above, one of the great advantages of the internet is the accessibility to almost all human knowledge. But this also comes with a great disadvantage. For why should we bother with learning or memorizing anything if we can just “Google it” on our smartphones? And if we fail to memorize or internalized knowledge, we are not able to think deeply or critically.

“Knowing” really is reduced to the manipulation of data rather than the growth of the human mind. And the more we are dependent on our devices, the more our minds will atrophy.

In ancient Greece, there was a similar concern about the advent of writing. Socrates, the great Athenian philosophy, addresses the god of writing, Theuth, with his concerns:

You [Theuth] who are the father of letters, from a paternal love of your own children have been led to attribute to them a quality which they cannot have; for this discovery of yours [writing] will create forgetfulness in the learners’ souls, because they will not use their memories; they will trust to the external written characters and not remember of themselves. The specific which you have discovered is an aid not to memory, but to reminiscence, and you give your disciples not truth, but only the semblance of truth; they will be hearers of many things and will have learned nothing; they will appear to be omniscient and will generally know nothing; they will be tiresome company, having the show of wisdom without the reality. (Plato, Phaedrus, 275)

If Socrates was concerned with how writing might make us more forgetful, how much more concerned should we be that our access to the internet is giving us “the appearance of omniscience” without knowing anything? 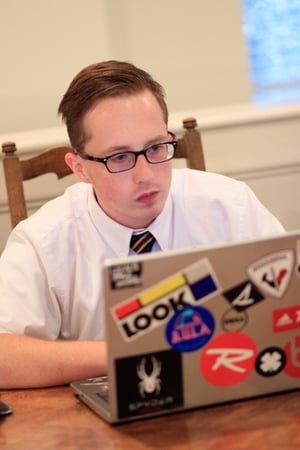 Perhaps the most frightening disadvantages to using technology in education are the potentially harmful consequences on human development. We are only beginning to understand what effects all this screen time has on the human brain. According to market research firm Childwise, “children aged five to 16 spend an average of six and a half hours a day in front of a screen.” This may be television, video games, computers, tablets, or smartphone.

One study found that “kids who use screens for more than 7 hours per day show physical changes to the brain in the form of premature thinning of the cortex.” This is concerning because this area of the brain deals with organization, self-control, planning, etc.

Without the ability to self-regulate, to think through a problem, and to make a plan of action, we are unable to live a full life. And if we are doing this to ourselves collectively, what kind of a society are we creating?

Finally, a recent survey of studies found that “taken together, [studies show] internet addiction is associated with structural and functional changes in brain regions involving emotional processing, executive attention, decision making, and cognitive control.”  And all of this is only the beginning of what we are discovering. And even if the classroom is a low-tech zone, the amount of screen time outside the school only contributes to short attention spans and lack of impulse control.

Parents need to consider what effect the screen time is having on the natural development of the child.

So, where does all this leave us? At the very most, we must be cautious and thoughtful when it comes to using technology in education. It is not an obvious good. We must consider to what degree the technology might be more efficient, but less useful as to tool to learning. True, deep learning takes time. Good things take time. It takes time for the mind to sit with ideas and let them ripen. It takes time for the mind to acquire new material, to embody a new skill, or deepen understanding. We must not let technology supplant superior, if less advanced, tools.

Any new tool we adopt must be demonstrably better than the tool it replaces. And we are rather short on studies that demonstrate the superiority of the tablet to the book. In fact, what studies we do have, seem to suggest otherwise.

Click the banner below to learn more about this topic. 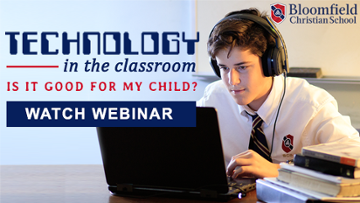 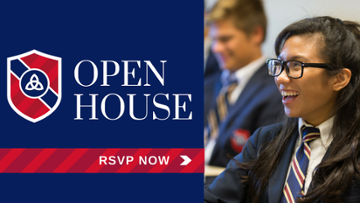